"It's very good…….Well, it's not good, but it will generate immediate sympathy [for Israel]"

Cui bono? Who benefited from the terrorist attacks of September 11 2001? It wasn't Muslims.

Israel and its agents have infiltrated the American political system on all levels, and over the decades have consolidated a virtual stranglehold over the legislative, judicial and executive branches via a well-established network of individuals, organisations and lobby groups. The so-called neoconservatives who occupy Washington - most of them Jewish and many of them dual citizenship Israeli-Americans - have structured the foreign policy of the United States of America around the best interests of the state of Israel and the geopolitical ideology of Zionism, thus fomenting wars in the Middle East to fulfill the strategic regional objectives of Israel, which has not only cost the lives of countless clueless Americans but threatens to bring down their entire nation.

The 9/11 event was a Zionist false flag operation designed to kick-start the "war on terror"; the "new Pearl Harbor" that the neocon think tank the Project for the New American Century (PNAC) authors called for in the Rebuilding America's Defenses policy document. The mass trauma of September 11 was the 'catalyzing event' presciently mentioned by the authors of the RAD paper which cleared the way for the implementation of the PNAC plan: Israeli-American hegemony via an aggressive policy of preemptive war, regime change and a restructuring of the Middle East to ensure the regional dominance of the Jewish state.

Israel's influence in post-9/11, Zionist-occupied Washington is so great that it has managed to mobilise the world's largest war machine to fight two proxy wars in the Middle East for the Zionist regime in Tel Aviv, both within two years of the 2001 attacks, at the expense of the lives of America's sons and daughters and its moral standing in the global community -- two bloody wars that continue to claim American, Afghani and Iraqi lives to the present day. None of it would've been possible without the 9/11 catalyst, which is testimony to the success of the project.

An endless torrent of pro-war lies, propaganda and spin continues to spew forth from the Israelis and their American counterparts with regard to non-existent Iranian nukes and the supposed threat they pose to Israel and America, while belligerent Israel, armed to the teeth with nukes, clearly constitutes the gravest threat to peace in the region. Iran's nuclear energy program is perfectly legal under international law, and the Iranian government has abided by its international obligations by permitting U.N. weapons inspectors access to its facilities. Israel, on the other hand, developed its nuclear weapons arsenal by way of deceit, theft, and duplicity, and insists on a transparently deceptive policy of 'nuclear ambiguity' to hide its arsenal of nukes, evading the U.N. weapons inspections, economic sanctions, worldwide condemnation and the threat of war imposed on Iran and its people. Military strikes on Iran are clearly next on the Zionist agenda, but with such a lack of support from the public, this could be the year we see the next false flag terror event, or as some have speculated, a Gulf of Tonkin type provocation such as the one that served as the pretext for military intervention in Vietnam. If Israel were to stage a false flag attack on an American naval vessel, it would not be without precedent.

Zionist influence is now so powerful and so pervasive in America that U.S. Middle East policy is determined by no other criteria than that which serves the geopolitical objectives of the state of Israel. U.S. foreign policy is essentially Israeli foreign policy - thus the attacks on Afghanistan, the insanity of preemptive war and occupation in Iraq, and the planned strike on Iran - all disastrous policy decisions that benefit the Zionist parasite to the detriment of America and the rest of the world.

9/11 was a false flag attack on the United States, designed to kick-start Netanyahu's nonsensical "war on terror" doctrine and garner public support for war with Israel's perceived enemies, those "existential threats" to Zionism: the Arab states and whoever else stands in the way of a "Greater Israel". It was an Israeli psy-op conceived by a Zionist elite, and it was a roaring success.

It is assumed that the reader has conducted their own investigation of 9/11 and concluded that the attacks were not planned and perpetrated by Muslims [.pdf], that WTC buildings 1, 2 & 7 did not collapse due to plane impact and/or jet fueled-fires, and that the official story is a lie, so those issues aren't addressed here. It was an inside job - the question now is whodunnit.

This brief summary of the evidence connecting Israel to the events surrounding the attacks of 9/11/01 is in point form and by no means exhaustive or complete, so in most cases only one of many available online references is provided via hyperlink.

Put options placed on airlines by Israelis and A.B. Krongard

Ronald S. Lauder's role in the privatisation of the WTC complex as New York Council on Privatisation Chairman

Benjamin Netanyahu in London on 7/7/05

Alvin K. Hellerstein: The Zionist Hijacking of the 9-11 Victim Lawsuits

Dov Zakheim's connection to SPC and the missing trillions

Lewis Eisenberg's role in leasing the WTC to Silverstein

PNAC's 9/11 prescience in the RAD document, which called for a "catastrophic and catalyzing event, like a new Pearl Harbor"

Jewish Zionist Jerome Hauer of Kroll Associates hired FBI counter-terrorism expert John O'Neill as head of security at the WTC on Sept 10, 2001, where he was killed the next day. O'Neill and one of his colleagues had allegedly uncovered Israeli spying operations in New York and New Jersey.

The conversation in Hebrew at the Gomel Chesed cemetery

Israel and the anthrax murders

Posted by Infensus Mentis at 1:48 AM

I was the first to state that israeli were behind 911 in the world. I was a part of special operations in north africa in the beginning of 1990s... I gave the evidences that israelis were behind madrid and london bombings two days before the attacks... you'll find my articles in google in french... 'Operation November 1950' the islamic 'gladio network' in the muslim countries

Thanks for the information. Looks like the steel industry may be involved as well
www.forbes.com/2002/03/06/0306steel.html

Would like to see a complete timeline of all evidence relating to 911 (that could be updated through a moderator). Maybe there is one already? Going now to look. . Peace

Do you mind if I quote a few of your posts as long as I provide credit and sources back to your site?
My blog is in the very same area of interest as yours and my users would really benefit from
some of the information you provide here. Please let me know if this alright with you.
Many thanks!

Hiya! I know this is kinda off topic but I'd figured I'd ask.

My websit addreeses a lot of the same subjects as yours and
I feel we could greatly benefit from each other. If you
are interezted feel free to send me an email. I look forward
to hearing from you! Excellent blog by the way!

I don't even know thee way I ended up here, but
I assumed this put up was once great. I do not realize who you're however certainly you aare going to a well-known blogger if you happen to are not already.
Cheers! 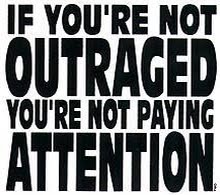